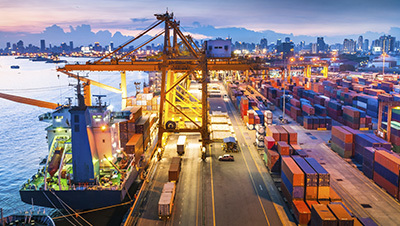 June 19 marks the inaugural meeting of the Interagency Task Force on Agriculture and Rural Prosperity hosted by Secretary Perdue. The Force is tasked with the job improve quality of life for those living and working in rural America.

Orrin Hatch, Republican Senator from Utah, has started seeking input for the Senate's version of a tax reform bill. The Senate Finance Committee wants to hear suggestions from stakeholders about how to improve the tax code, and to do that they have established an email: taxreform2017@finance.senate.gov They have said that emails will be kept confidential.

As NAFTA renegotiations continue, dairy is one issue on the minds of many producers, but dairy may not get the shakeup they need in the new trade deal. Canada's dairy supply has also seen a growth in production since 2010; growing 10% over the last seven years. Parallel to the United States' production, Canada is also seeing an abundant supply which is flooding the international markets.

Joesley Batista gave an interview over the weekendto a Brazilian magazine in which he said Michel Temer, president of Brazil, was "leader of a lower house of criminals" and always seeking kickbacks for political favors. President Temer came out on Monday and said those were all lies and that Batista is one of "Brazil's most successful criminals" and that he will file civil and criminal charges against him. We'll follow this story for the rest of the week!

Drought continues to plague the nation, specifically in the plains of North and South Dakota. Senator John Thunes and Mike Rounds are now calling for government intervention for those counties facing the most extreme D3 drought conditions.

American boars traveled in style to China aboard a chartered jet Sunday to their new homes in Hunan province. The Chinese imported 1,012 boars on this flight to improve their domestic herds. They are looking for a shorter time to market and increased percentages of lean meat; traits they can get from American, Canadian and Danish genetics; Reuters has the story.